The artists in Beautiful Losers make up what we consider to be a Remix subculture. This subculture developed in the United States during the 1990s and was based primarily in the cities of New York and San Francisco. It involved a wide variety of multi-medium artists - unified by their independence, and by their uniquely unconventional, outsider perspectives and lifestyles. These artists shared a D.I.Y. attitude and drew from the aesthetics of skateboarding, graffiti, punk rock, and other forms of alternative cultural expression, to create works of art that were raw and unapologetically self-expressive. They were also mutually supportive, and encouraged each other to continue creating art.

These artists also acted as primary inspirations for each other. They inspired each other to adopt new approaches to art and life, as in the case of Margaret Kilgallen, who inspired Stephen Powers to stop regarding art as a purely egotistical venture of self-promotion and self-empowerment:

"Margaret said "No, it can be public service". And so that, in itself, is the spark that set off a thousand other revolutions. First mine, and now every other kid that's thinking of it and doing it." (Stephen Powers qtd. in Rose & Leonard, 2008). 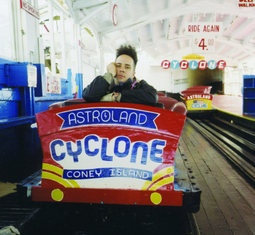 It was this change in attitude that inspired Powers to spearhead the Coney Island Project with other members of the subculture. After painting the Cyclone, he said, "I want people to see it. I want them to respond to it. I want them to feel like it's theirs and it belongs to them. I used to want them to believe that is Steve's, that belongs to Steve, and I recognize Steve's work. But now I see the real power in them saying, "No, that's mine."" (Stephen Powers qtd. in Rose & Leonard, 2008). An approach such as this illustrates one of the insights provided by Barthes (1968), namely that that sometimes, "The birth of the reader must be at the cost of the death of the author." (p.148). In this case, Steve Powers has willingly handed over his art and its meaning to the patrons of Coney Island. In a similar fashion, Geoff McFetridge openly embraces and supports the diverse interpretations of his artwork. When confronted with an e-mail from a fan who read religious meanings in his intentionally secular artwork, the artist responded by saying, "That's awesome, this person has this whole thing with what I'm doing. And I can sort of see it. There's this sort of vaguity to what I do. Like it's vague messaging, where there's this positivity to it." (Geoff McFetridge qtd. in Rose & Leonard, 2008). 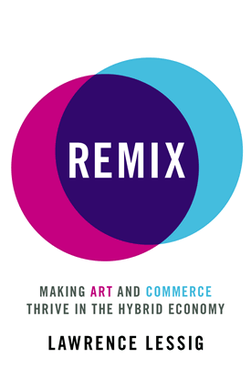 It is this openness toward the sharing, interpreting, appropriation, and re-appropriation of their art, that is perhaps one of the most distinctive features of this subculture. Such an attitude encourages remix and fosters the development of what Lessig (2008) would call a "Read/Write" culture, at large. As Lessig (2008) observes, there are two goods that remix creates for such a culture: education and community.

Ed Templeton contrasts his experience of the education system with his own self-education: "... from my experience in high school, it was always about a book. These teachers had this book and they were teaching you the book... They would make you read the book, and then they would ask you questions about the book, and you would get a good grade if you knew a lot about the book. And so I was like "Well, I can do this on my own. I can probably just get a book on something, I can read it, learn it, and there wouldn't be anyone telling me the right or wrong thing to do a certain thing, or how to use a certain paint in a certain way." It just all came through making mistakes, messing up, and learning it your own way." (Ed Templeton qtd. in Rose & Leonard, 2008). A few of the artists from this subculture attempted formal training in art, only to resist and ultimately reject it. An example of this would be Mike Mills, who says that, "Being a painter - being a straight, white, male artist, showing in galleries, showing in museums, all that stuff - seemed like the most corrupt, the most duplicitous, the least powerful, the least punk, the least interesting thing to do. So I went to art school and just totally learned how to dis art and not want to do it at all, or not want to be like a traditional artist. And at the time, I remember graduating and the idea of being a painter or drawing seemed like the most regressive thing you could do." (Mike Mills qtd. in Rose & Leonard, 2008). This subculture clearly privileges self-education and learning through experience and experimentation.

The lessons acquired through this process of self-education, experience and experimentation are then shared with other members of the subculture. Thus, the artists not only teach themselves, but they also show each other "... how they can create." (Lessig, 2008, p.77). As Lessig (2008) notes, "That showing is valuable, even when the stuff produced is not." (Lessig, 2008, p.77). He gives the example of Pokemon and doujinshi remixes, arguing that remix is an important part of Japanese culture. One could also argue, in a similar fashion, that remix has become an important part of hip hop culture (Hess, 2006), fan culture (Consalvo, 2003), software development culture (Navas, 2010), and Brazilian culture, in general (Gaylor, 2009). Like the subculture in Beautiful Losers, each of these cultures and/or subcultures depend heavily on the sharing, interpretation, appropriation and re-appropriation of cultural elements in order to function and flourish. Thus, remix not only supports their education, it also supports their community (Lessig, 2008). 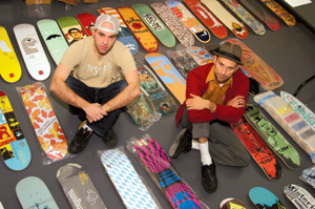 As with the commercialization of any culture, there is inevitably tension between the members of a culture and those who seek to exploit it. It is easy to treat any type of culture as an asset or resource, thereby reducing it to a commodity for exchange. Doing so, however, overlooks the rich array of features and values involved in the development and maintenance of a culture - values, such as "... social cohesion, community autonomy, political recognition, and concerns about inappropriate forms of cultural appropriation, misrepresentation, and loss of languages and local knowledge." (Coombe, 2009, p.394). When the artists of Beautiful Losers began to achieve fame, many of them had already gained experience in advertising and marketing their works. As Aaron Rose notes, "The first venues for most of these artists work was through commercial products: skateboard designs, t-shirt designs, sticker designs. So, it was not that foreign of a concept for these artists to be creating commercial products from their work, because that was actually happening before the art world thing." (Aaron Rose qtd. in Rose & Leonard, 2008). What was foreign to these artists, however, was the ways in which their subculture was becoming normalized and represented by mainstream culture. For example, Minimal Trix was the first show to display skateboard art. Despite that it was a "... really pathetic show" (Aaron Rose qtd. in Rose & Leonard, 2008), once Thrasher Magazine published an article on it, skateboard art took off as an official art form. As George McFetridge wryly observes, ""Skateboard art show? Of course. And from then on, it's just 'Of Course' " (George McFetridge qtd. in Rose & Leonard, 2008). When members of the collective started being referred to as "Beautiful Losers", Ed Templeton responded by saying, "You can't tag me as one thing or another. You can't tag almost anyone in the show as just a painter, as just a photographer. We're just artists." (Ed Templeton qtd. in Rose & Leonard, 2008). 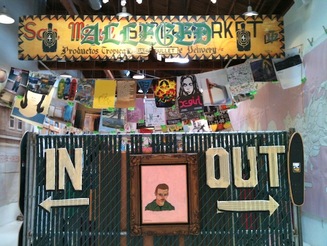 These examples illustrate the complexity of negotiating cultural heritage between members of a culture, or subculture, and the various institutions that seek to facilitate its representation. As Coombe (2009) notes, cultural heritage is "... not a group of tangible things from the past—sites, places, and objects—with inherent historical values that can be properly owned, controlled, and managed,"; rather, it involves, "... a set of values and meanings that are contested and negotiated in a wider field of social practices. (Coombe, 2009, p.398). Thus, publications such as Rose's (2004) Beautiful losers: Contemporary art and street culture, interview footage from the Beautiful Losers documentary (Rose & Leonard, 2008) and various Youtube videos, transcribed interviews in magazines, and bio sections on the artist websites... all act as spaces for this negotiation of the values and meanings of this subculture.
Powered by